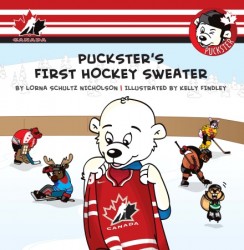 Puckster’s Pals include:  Manny the moose, Sarah the fox, Francois the beaver, Charlie the chipmunk, and Roly the goalie the brown bear.