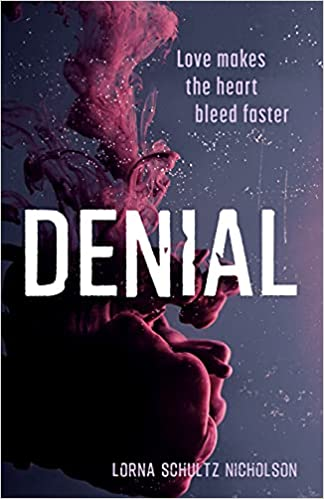 It’s Nova’s final year of high school and everything is on track for an amazing year. She’s going to ace all her studies and go on to be a doctor. She’s got a spot on the swim team. And she’s in love for the first time ― with Leo, the captain of the swim team. But things don’t turn out quite like Nova had planned. As her relationship with Leo intensifies, so does her obsession with him and her jealousy over his so-called friendship with another girl. The tighter she tries to hold on to him, the more he seems to pull away. The constant worry about the future of their relationship sends Nova spiralling into depression. Even she can’t believe how badly she’s handling things now. But could there be another reason for it, one she doesn’t even want to admit to herself?

Purchase at Amazon.com
Purchase at Indigo
← When You Least Expect It
We use cookies on our website to give you the most relevant experience by remembering your preferences and repeat visits. By clicking “Accept All”, you consent to the use of ALL the cookies. However, you may visit "Cookie Settings" to provide a controlled consent.
Cookie SettingsAccept All
Manage consent

This website uses cookies to improve your experience while you navigate through the website. Out of these, the cookies that are categorized as necessary are stored on your browser as they are essential for the working of basic functionalities of the website. We also use third-party cookies that help us analyze and understand how you use this website. These cookies will be stored in your browser only with your consent. You also have the option to opt-out of these cookies. But opting out of some of these cookies may affect your browsing experience.
Necessary Always Enabled
Necessary cookies are absolutely essential for the website to function properly. This category only includes cookies that ensures basic functionalities and security features of the website. These cookies do not store any personal information.
Non-necessary
Any cookies that may not be particularly necessary for the website to function and is used specifically to collect user personal data via analytics, ads, other embedded contents are termed as non-necessary cookies. It is mandatory to procure user consent prior to running these cookies on your website.
SAVE & ACCEPT